The Cathedral of St. John Baptist de Albacete, started in 1515, in a previous Moorish temple, although it was not until 1959 when he gave its present form, with its neo-Romanesque and neo-Gothic style. Inside there are three naves finished: apse, baroque domes and majestic columns, which give way to the chapel of the Llano's Virgin (patron saint of the city) with a Renaissance altarpiece. We also found a beautiful Renaissance custody of Corpus Christi 1583 gold plated silver.

In 1958, the priest of Ayora, Casimiro Escribá, was commissioned to carry out the most is even pictorial work of a single author in the world: a series of oil paintings on cloth backing primed canvas, forming eleven walls and lunettes, with a total area of about 1000 square meters, which were then placed in the walls. 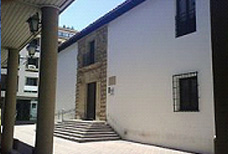 La Posada del Rosario is a sixteenth century building of Albacete, in which the Gothic, Moorish and Renaissance styles blend. The building, located in Rosario Street and Square Floor is the most typical example of folk architecture XVI century in the city. Built on mud and plaster and wood paneling. It has a door with round arch, with a stone front and next to that door, which was window, the main access to the inn is located. In the central courtyard of Gothic Renaissance style and as a small cloister, there is a gallery with eight Ionic columns and pillars and wooden shoes on top. There are varieties of archways, trumpet and escarzados, typical of the time of the Catholic Kings. Its use as an inn dating back to the eighteenth century, must have been residence of a local nobleman, after becoming inn. They are currently located in this building the Tourist Office and the University Library (with 166 places for study), whose entrance is located, since 1995, the facade of the Casa de los Picos, which was the only part of that famous house, located on Gaona street, which was saved from demolition in 1977. In some periods are performed in the courtyard plays and other appropriate representations for a small space.

Actually is the headquarters of the regional government in Albacete, after extensive rehabilitation. Also it’s used for exhibitions, conferences, cultural activities and outreach of all kinds, in a garden setting, in addition to the known political and administrative that are proper. Built in 1916, the factory Fontecha housed one of the flagship industries of the city.

http://www.dipualba.es/Main/
Recognized as the most interesting nineteenth century building, its beautiful facade, surrounded by an iron fence, has a baroque air and is ornamented by the coats of arms of some towns of the province.

http://www.feriadealbacete.es/
In 1783 the exhibition center was built in the current location. The building grounds, with shaped floor pan, is an example of Manchego-oriented architecture business. The body of the pan is formed by concentric rings which house sales positions. 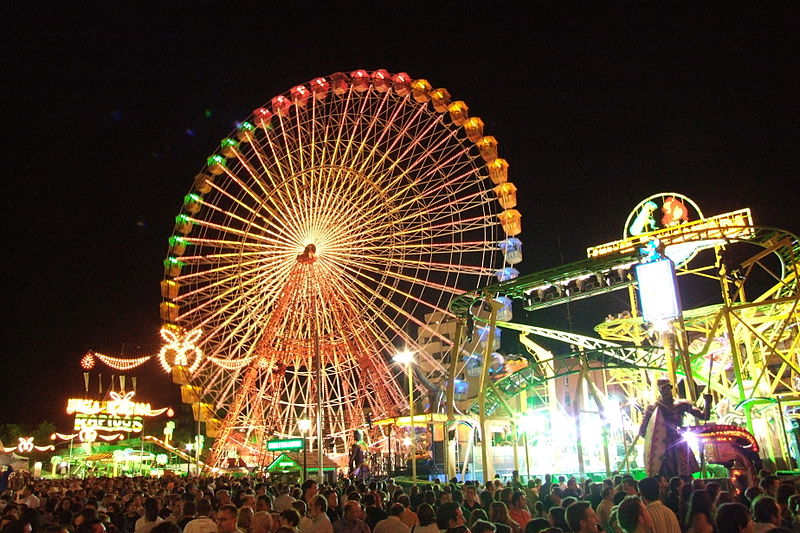 Popularly known as the pan or roundels, Historic-Artistic Monument located in the city center. With a stunning bullfighting in relation to the population, and hundreds of activities, the city comes to quadruple its population during the fair. 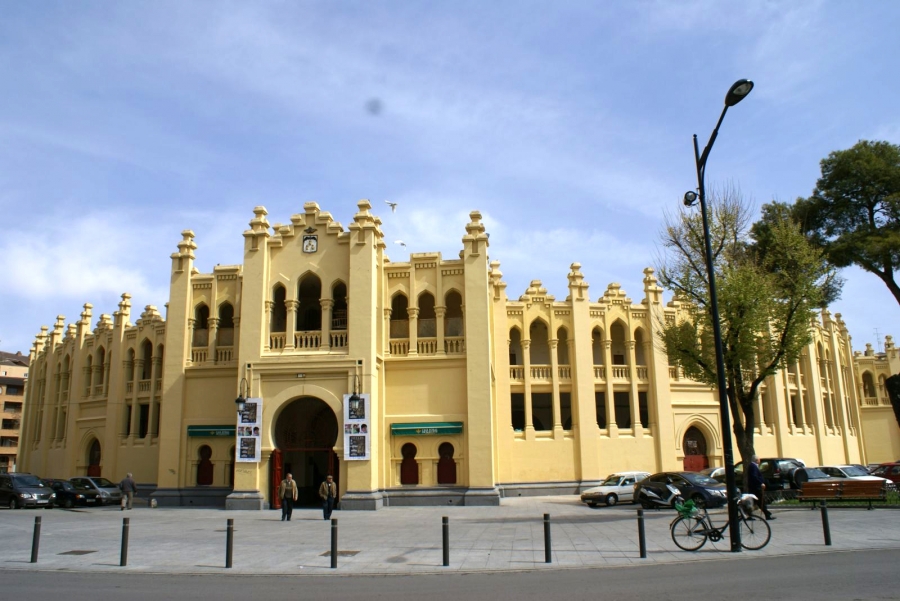 http://www.plazadetorosdealbacete.com/
Separated by the Park of the half Jardinillos Walk Fair, the bullring stands. It opened on September 9, 1917. Had nearly 10,000 locations in a time when the city had just over 20,000. Designed by architects Manuel Saiz Julio Carrilero and Vicuña. Historically, it was the fifth held the city, if we as a makeshift first became close to the Place of the Hill, which appears already documented in the sixteenth century. Decade after decade it was increasing the number of celebrations that were held in conjunction with the exhibition: from the 3 or 4 that were held in 1930 to 10 today. 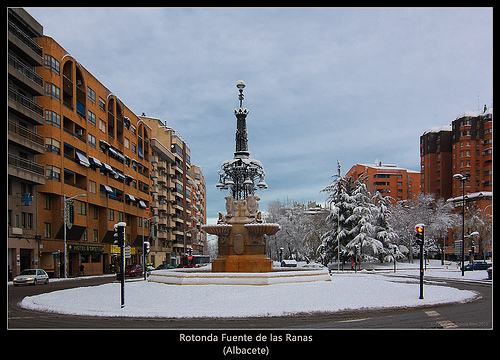 In 1913 the Company of Water Supply to the City of Albacete proposes to build a monumental fountain in honor of D. Dionisio Guardiola, (attorney and Republican linked to the construction of water supply to the city). In that year the installation of the source is given in the center of the square Canalejas subsequently titled Lodares Gabriel, better known by the public as "La Rotonda", but lately has become more popular the name "The Lamp." The source was placed there in 1935 until it was moved to the park Canalejas, Abelardo Sanchez today. For political disputes was dismantled and hidden in 1950, in the Municipal Slaughterhouse Road Ayora. Later in 1980, he was rescued and rebuilt, but the beautiful hammer forging, the Linear Park. The venue allowed to be viewed from all angles, but over time, grew the trees that adorn the park, leaving the half-hidden source. In 2007, building on the project of building an underground car park, changed location and installed in the rotunda where was situated the statue of "The Sower" by Antonio Navarro Parra, who had to be taken to locate the source . /div> 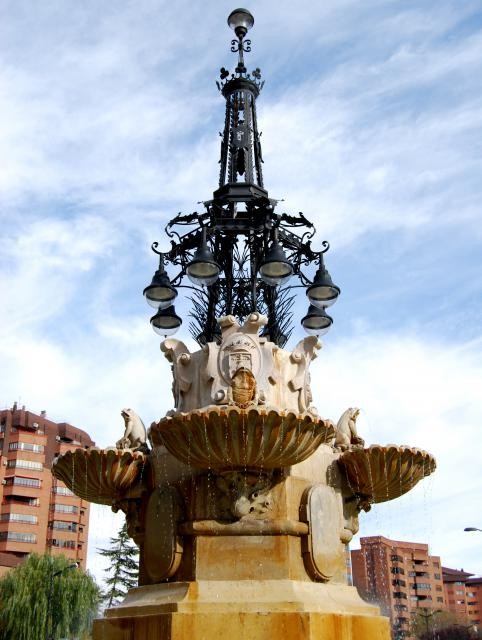 And on December 23, 2009, in a downpour at noon the metal gets so many years has lacked standing. At eight o'clock, that day, this monument is reinagurado finally full. For amphibians that adorn it is given this name "Fountain of the Frogs", but actually is a monument to D. Dionisio Guardiola, these figures were in the temple of the "Jardinillos" until it was decided to recover and restore the said monument. 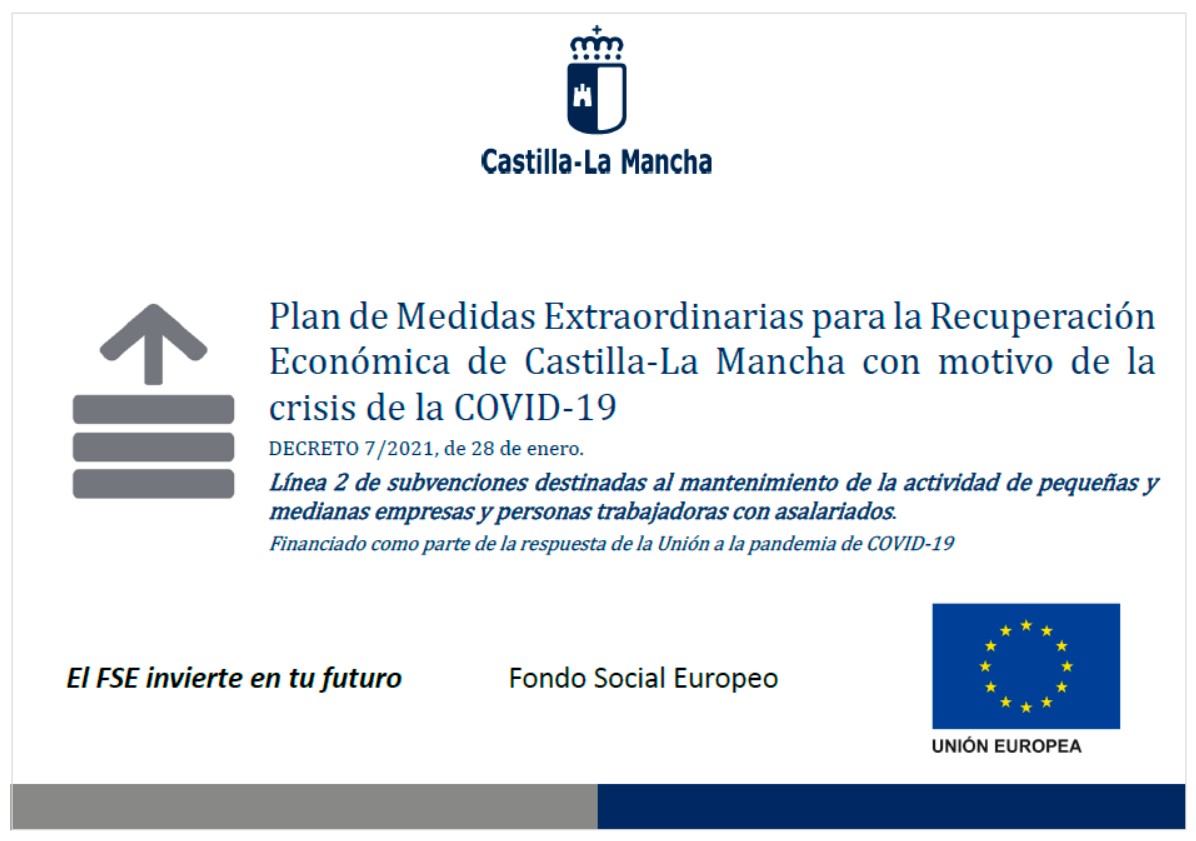 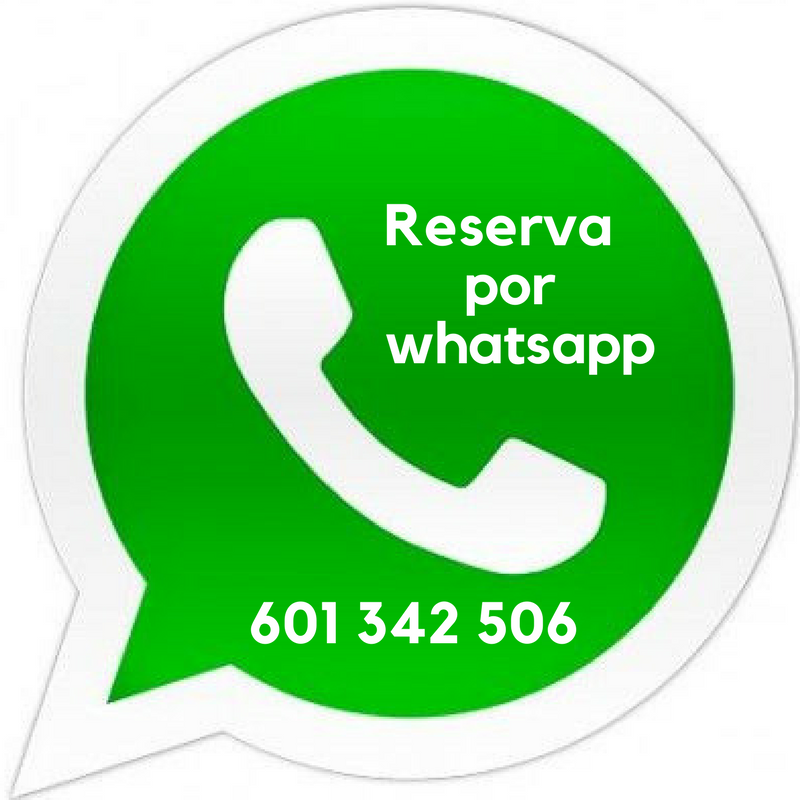